“Sometimes we make mistakes and we just need a little push. That’s what Open Doors is, that little push.” – Yolanda

Yolanda has been a member of the Open Doors Resident Community for four years. She was born and raised on the south side of Chicago, graduating from an all-girl’s charter school where former first lady Michelle Obama once gave an address. A series of hardships that came about after completing her studies left her struggling to maintain financial stability and, eventually, led her to experiencing homelessness. “Once I got older, things just got harder. I would put a lot of pressure on myself about where I wanted to be in life.”

In search of a fresh start, Yolanda’s determination brought her to a shelter in Benton Harbor and, eventually, to Kalamazoo. “I packed up everything that I could carry and boarded a Greyhound bus. I came here to find my way.” This journey brought Yolanda to the front door of The Next Door Shelter for Women. As a Next Door guest, Yolanda had difficulty meeting the requirements. “There’s a way things need to be done, and I wasn’t handling responsibilities.” She was eventually given a grace period from the program, with the invitation to return.

After finding steady employment, Yolanda was finally able to transition into her own apartment, but money troubles followed soon after with debts that had accumulated over the years. “I was struggling to gain control of my finances.” Remembering the support she received at The Next Door Shelter, Yolanda wanted to return to Open Doors in better standing. This time, she would prove that she was serious about remaining committed to programming.

Yolanda was welcomed back into the Residence Community, where she worked with Open Doors support staff  to learn positive saving habits. Now a resident at Open Doors, Yolanda has been able to pay off several debts using budgeting and saving practices learned from her program manager. “I fell down a few times, but I needed to try again. Open Doors is helping me find that balance.”

“Open Doors has been a real blessing in my life, I don’t think I could be where I am today if it weren’t for them. They have helped myself and my family through a difficult time,”  -Nathan

When Nathan was 2 years old, Open Doors had helped his family when they first moved to Michigan in 1989. His family was homeless until his father could find a means to support them. “Open Doors had really helped my family through that difficult time,” Nathan said.  Years later, Nathan and his two sons and wife found solace in Open Doors again. 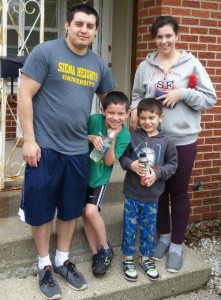 With little education and working long hours at a retail store to make ends meet, Nathan knew it was time to make a change.

Eager to provide financial support for his young family, Nathan decided to work towards earning a degree in Information Technology at Kalamazoo Valley Community College. Computers have always been a hobby of Nathan’s so the choice came naturally to him, turning his passion into a career prospect.

Through the support of Open Doors and multiple scholarships from the Open Doors scholarship fund along with a strong will to provide for his family, Nathan is now a college graduate. He completed his degree with high honors, 3 certificates of achievement, and 5 industry certifications in computing.

Nathan is now an Information Technology Support Specialist at Duncan Aviation and works part time for Open Doors assisting with IT issues. His family just recently purchased their first home. “It is an honor working for an organization that helps so many people and I can only imagine the countless lives that Open Doors has changed over the years.”

A troubled past led Matt to Kalamazoo Probation Enhancement Program (KPEP) and Drug Court.  He was staying with a relative at the time but it was not a good environment for him to be in while struggling with addiction.  He needed to find a safe place and supportive place to stay.

A friend of Matt’s told him about the Open Door Shelter.  At the Open Door Matt was able to stay focused on staying sober, getting a job, and saving money.  Through his journey at the shelter, he formed a relationship with Deputy Director, Stephanie Hoffman.  She helped him get a second job cleaning the Open Door offices which helped him get back on his feet financially.

Matt is much happier about his life now.  His 2 children are a part of his life again and visit him on the weekends at his new apartment. He has gotten his driver’s license and a car, has been clean for 22 months, and is working towards getting his GED.  He is on track to graduate in the next 6 months.  He has also been promoted as a full-time member of the Open Door’s facilities team!

When asked about what Open Doors has meant to him, Matt replied, “Open Doors is a positive place where people have helped me and others like me (who may be less fortunate) find affordable housing.”

“Open Doors has been a blessing from God and a second chance at the life I truly wanted.”     – Sabrina

Sabrina had a long history of substance abuse starting at a young age which drove her to troubles with the legal system and a criminal background.  Her road to recovery began with a chance to participate in Drug Treatment Court (DTC) where she began her transition into sobriety.

Sabrina found a home at the Next Door Shelter for Women with the help of a DTC caseworker so she could build a plan that would ensure her stable housing through Kalamazoo Probation Enhancement Program, KPEP.

Her stay lasted 10 months at the Next Door Shelter before she transitioned into the Residence Community.  During her stay at the shelter, she learned how to take care of herself and stand on her own two feet.  She received loving and caring support that led to personal growth and a level of independence she never knew she had.

A short while after graduating from DTC, Sabrina relapsed and moved out of her home with Open Doors.  She never lost touch with Stephanie and Erika who had made it clear to her that no matter where she was in her journey, she was loved and cared for by her Open Doors family.  Her relationship with the people at Open Doors was critical because at some points during her relapse, it felt like it was impossible to love herself.

Sabrina continued using for a year and then made the decision to go into inpatient treatment.  After her treatment, she came back to the Next Door Shelter and had another relapse and was asked to leave.  She spent her time thinking of the tools she had gained during her time with Open Doors and how to put them to use.  “I had to let go of my will, I had to surrender to God’s will for my life.  That was the only way I would get back on my feet.”

Sabrina fought for the custody of her children and stayed clean after this last relapse.  She found a job as a Manager at Taco Bell and found stable housing for herself and her kids, let go of the people of her past that were hurting her and became very active her in church with her kids.

It has been a year now and Sabrina has transformed and is now living her life clean and with a clean slate.  She is now the new manager of the Next Door Shelter and plans on using everything she was taught during her stay at the shelter.  She wants to help these women become everything God intended them to be. 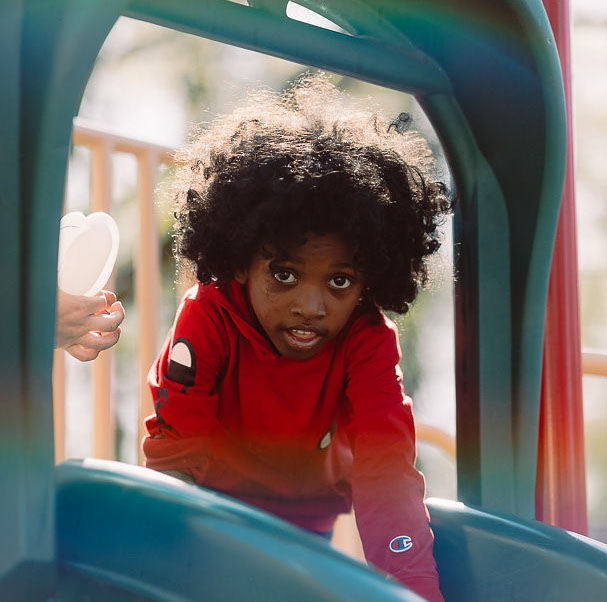 Give the Gift of Home

Open Doors relies on an engaged community. We depend on private financial support from individuals, businesses, foundations, community groups and churches to provide stable housing.